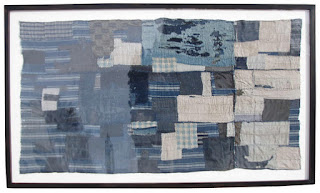 She mentioned a book, "Indigo: The Color That Changed the World", which I found on Amazon by Caterine Legrand.    (And for anyone who loves indigo, I personally recommend the video BLUE ALCHEMY,  by Mary Lance.  See http://bluealchemyindigo.com/.)

With permission from Yew Tree House Antiques, this post displays an image of a boro cloth currently for sale. Put the word "boro" into the website search box to see it and the information about it -- I could not come up with a direct link.

The wool gauze Jean likes is available from Yoshiko Iwamoto Wada, whose webpage is http://yoshikowada.com/

Many of us know that crewel embroidery was an attempt to replicate the patterns on textiles brought to Europe and America from India.  But I certainly didn't know something Jean discovered during a trip to India to study weaving and dyeing techniques:  the origin of the word bandana.

"bandana (n.)
also often bandanna, 1752, from Hindi bandhnu, a method of dyeing, from Sanskrit badhnati "binds" (because the cloth is tied like modern tie-dye), from same PIE root as band (n.1). Etymologically, the colors and spots are what makes it a bandana."  (from http://www.etymonline.com/index.php?term=bandana)

Now I have to go look at one to see the modern translation of the dot pattern which is India's equivalent of Japanese shibori.  I've put a few internet images with this post, but you can find lots more by searching online yourself. 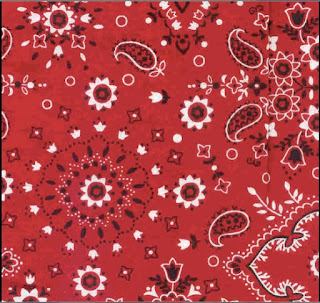 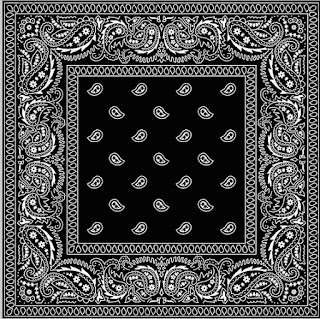 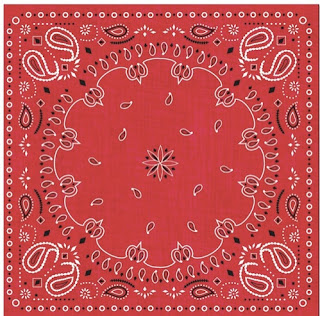 — Rachel Holmen
Posted by Rachel E. Holmen at 5:00 PM No comments: Links to this post

Email ThisBlogThis!Share to TwitterShare to FacebookShare to Pinterest
Labels: Sidebar, Updates and Events

Past Event: Bring a friend for free on May 18! (Yes, this month's meeting is earlier than usual.)

Guild members are encouraged to bring friends to our next meeting -- when we'll be holding our Silent Auction.  Last year's auction was full of beautiful, amazing items -- everything from jewelry to hand-made items for your home! 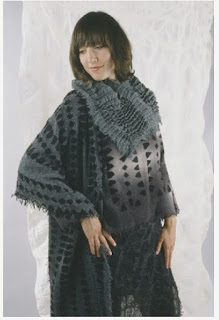 After the auction, we'll hear Jean Cacidedo discuss The Dynamics of Design, and we'll see examples of her work.  Jean continues to be instrumental in the Wearable Art Movement. She will provide insight into the dynamics of designing with cloth, the transformative properties of cloth itself, and the change beneath the surface of the cloth.

- RH
Posted by Rachel E. Holmen at 7:30 AM No comments: Links to this post

Email ThisBlogThis!Share to TwitterShare to FacebookShare to Pinterest
Labels: Home, Updates and Events

Past Event: A few chances left to learn NOTAN from Jean Cacidedo

There are still a few openings for next weekend's workshops.  You don't have to be a member of EBHQ to attend.

The Saturday workshop (May 16, 2015) has one opening -- this workshop uses only black and white paper to help you learn the techniques of Notan.  Monday's workshop on May 18 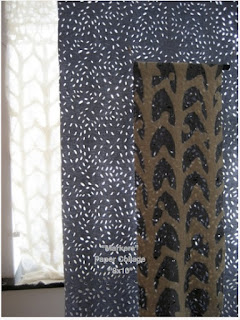 http://jeancacicedo.com/Jean_Cacicedo/Artwork.html#3
Posted by Rachel E. Holmen at 10:55 AM No comments: Links to this post

About the quilts you see

Send news to the blog

If you have an event coming up that you think might interest EBHQ members, or if you have any information to share, please email raeholmen@gmail.com and use "EBHQ Blog idea" as part of your subject. Thanks!